Batman Arkham Knight is an action-adventure game developed by Rocksteady Studios and published by Warner Brothers, coming out on PS4, Xbox One and PC in June 2015.  The game is run using the Unreal Engine 3. The PC release of Arkham Knight brought plenty of controversy and issues.  The technical issues on the PC release almost forced Warner Brothers to suspend sales on the game in order for them to address the issues people were having. The game was re-released on Steam in October 2015 after a few patches in order to solve the technical issues.  Sadly people still reported problems with the game forcing Warner Brothers to offer full refunds on the game regardless of whether you met the regular criteria or not.  To this day, the developers are still working on technical issues which people are having. 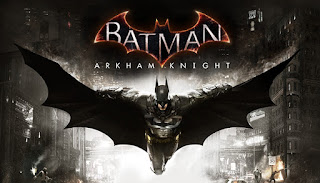 Before I start my review, I would like to point out that I played this game on a mechanical hard drive, with one nVidia 970, playing at 1080p with graphics turned on and the majority of the nVidia graphics options turned on as well.  On launch of the title, Warner Brothers recommended that the game be installed on a solid state drive, so as you read the review, please bear all of the above in mind. 7 Best Pink Gaming Chair Models

Game play in Arkham Knight is again, the same as its predecessors; this shouldn’t be taken as a negative thing though, as the game play is absolutely stellar. The combat system is as fluid and easy to grasp as ever, with some new and interesting combos and special take downs being introduced, such as double take downs when you are working with a partner on some missions.  Some new gadgets have been introduced, a remote controlled batarang which can scan the area for information, and a voice synthesiser, that mimics other character’s voices; this gives you plenty of different ways to use such as ordering enemies around and opening voice controlled locked doors.

The major new game play mechanic that has been added in Arkham Knight is the Batmobile.  You are able to summon the Batmobile to your location when you are on foot or gliding in the air. The Batmobile has two different mods that can easily be used at any time: Pursuit and Battle. Pursuit is the regular movement mode with little on offer in terms of firepower, as you are traveling from A to B. Battle mod turns your Batmobile into a death machine; as you utilise all of the weapon systems on board. The Batmobile can be upgraded using the points you are rewarded with for levelling up as well.

Graphically, I was really impressed with how the game looked. The high resolution textures and rain effects are all stunning.  All of the characters look almost life like, and you can really appreciate this when you get close up shots on their faces; so much detail has gone into the modelling and texturing, to the point where you can see the blackheads on the Joker’s face! All of the game’s animations are done very well too; the Arkham combat system has a very fluid feel to it, so they need to be spot on or else it would just look out of place. What Equipment Do I Need to Stream? Ultimate Streaming Checklist

The plot within Arkham Knight is probably my favourite of the series so far. It is the last episode in the Arkham series, so takes place after origins, Asylum and City. I have not read the comic book series so I missed out on a lot of the plot in between the games but the game does do a good job of trying to fill in the gaps.  Arkham Knight introduces a few new main characters to the fold if you haven’t read the comic books too, such as Robin, and a more starring role for Barbara Gordon. With plenty of the other regulars returning, such as Cat-Woman and Alfred. You will encounter plenty of the super villains, Scarecrow, Penguin, Two-Face, Riddler, Poison Ivy, Harley Quin, and of course, the  Joker. One new villain, Arkham Knight also has a starring role and has an important storyline plot attached to him as well. 7 Best Corner Gaming Desk with LED Lights Potential 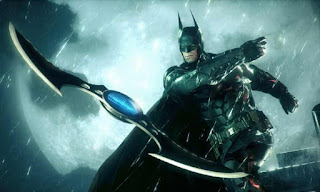 Difficulty can be scaled depending on how hard you set the game. I felt the medium setting to be just enough challenge without hitting the brick wall. None of the boss battles in Arkham Knight are just generic fist fights, each of them uses a unique mechanic which adds some variety to the game.

As with its predecessors’ the open world aspect of the game does a very good job of filling in lots of “blank space” with plenty of side missions and collectables to find. Most Wanted missions, Riddler’s Revenge, collectables and AR challenges makes the optional part of the game full to the brim with content. You are also able to unlock different endings to the game by completing the side missions as well, giving you more incentive to continue playing after finishing.

I have been playing for about twenty five hours so far, this has allowed me to finish a handful of side missions and the main story in the game. I will definitely be dropping a few more hours into completing the rest of the most wanted missions in order to unlock the alternative endings, but I can’t see myself wanting to collect the hundreds of Riddler items again after my fiasco with the past two games with them!

Now, onto the technical issues.  As I said above, I am using a single nVidia 970 and the game was installed on a mechanical hard drive. The majority of the time the game was running around 57-60 fps. There are moments where the frame rate will drop to 30 for no good reason. I can understand if it drops on more graphically intensive scenes or when there is a lot happening, but it can sometimes happen when you are in a building with very little going on. Maybe this would have been different if I was using SLI, but even then, it has been reported the SLI makes no difference to the performance. Taking all of this into consideration it seems I was on the lucky side and the pure power in my machine seemed to pull it through to an acceptable playable state.

My conclusion of Batman Arkham Knight may come as a controversial one, but like all of my reviews it is my honest and truthful opinion. I am going to highly recommend Arkham Knight. The game play and interesting compelling story make it a definite worthwhile play through.  I would only recommend this game to people who have a bit of meat in their rig to play it though, unless you are willing to sacrifice some of the graphical fidelity, please bear in mind all of what I noted in the technical issues section of the review and make your judgement on purchasing the game on that if you are on the fence. The game’s retail price on Steam is £34,99, I would also recommend that you don’t purchase it for that price, either get it from another source (definitely not G 2 A hint hint hint hint) or wait for one of Steam’s sales as this game will go on sale for less than £20, and more than likely even more now.

Popular posts from this blog 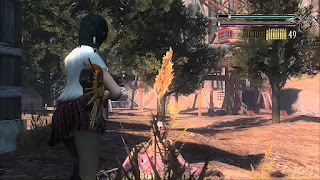 Bullet Witch initially released way back in 2007 on the Xbox 360, getting a mixed reception from critics, being developed by Cavia, and published on release by Atari, but the 2018 release on PC is published by XSEED Games who have become well known on Steam for bringing across localization ports of Japanese titles. Having not played the initial game, I went into  Bullet Witch  not expecting anything. From the screenshots, it’s very abundantly clear that it’s purely a resolution re-work. The graphics look very dated compared to current day works, but it is nice to be able to play these types of games on higher resolutions on a big monitor. Graphical options are limited to a pre-launch window, but given the age of the title, it’s hard to imagine it will be too taxing even on the most moderate of gaming PCs. The world is suffering from multiple natural disasters throughout the years, but in 2007, a huge demon invasion turns what was left of planet Earth into a wasteland, and by the year 2
Read more